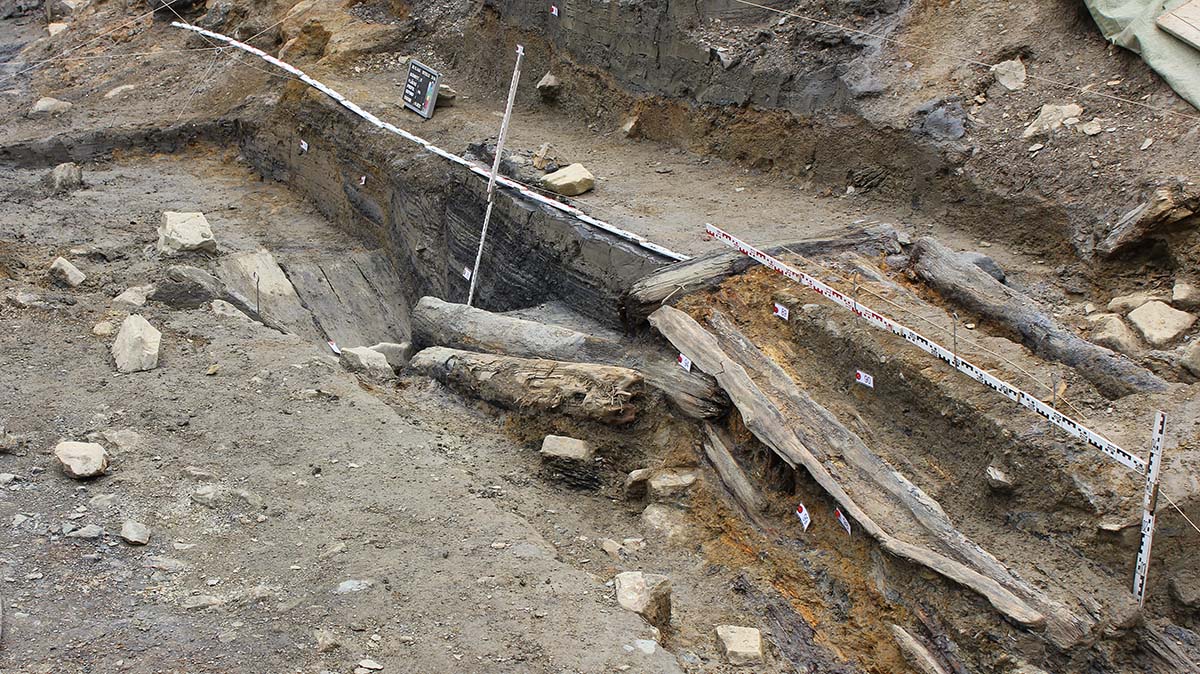 During slate mining at Rammelsberg, the backfilling of an old open-cast mine was cut, which took place at the Old  Deposit. The eroded finds, which included a leather shoe fragment and several striking stones, were discovered by chance during an inspection of the site. The natural scientific dating of the shoe, around 1024 A.D., led to extensive prospecting of the site and finally, since 2010, to regular excavation campaigns. These were carried out by the Montanarchaeology Research Centre with the help of the Caritas Association for the City and County of Goslar e.V., the Goslar Job Centre and Bergbau Goslar GmbH.

The excavations not only yielded a wealth of excellently preserved organic finds, including numerous textile remains, a massive hoisting rope or hazelnut shells. They also unearthed various late medieval structures. For example, mighty layers of well-preserved axe chips, machined wooden beams and traces of a fortified work site at the edge of a pond were discovered. On the opposite side, an excellently preserved gallery with a wooden structure was uncovered. It can be assumed that the wood was trained on the excavated work site. According to scientific dating, the gallery was used and maintained between 1300 and 1500. According to the current state of the art, it was not a heading, but a component of the water drainage system.

During the 2016 excavation campaign, it was possible to cut the roof of another, probably older gallery, which runs in a different direction. It is located in the immediate vicinity of a shaft filled with lead ores and wood waste.

Within the framework of our BMBF project, we want to investigate the connection between the excavated findings and the mine workings and how they fit into the montane history of Rammelsberg.