The mining model of the Dorothea/Caroline mines 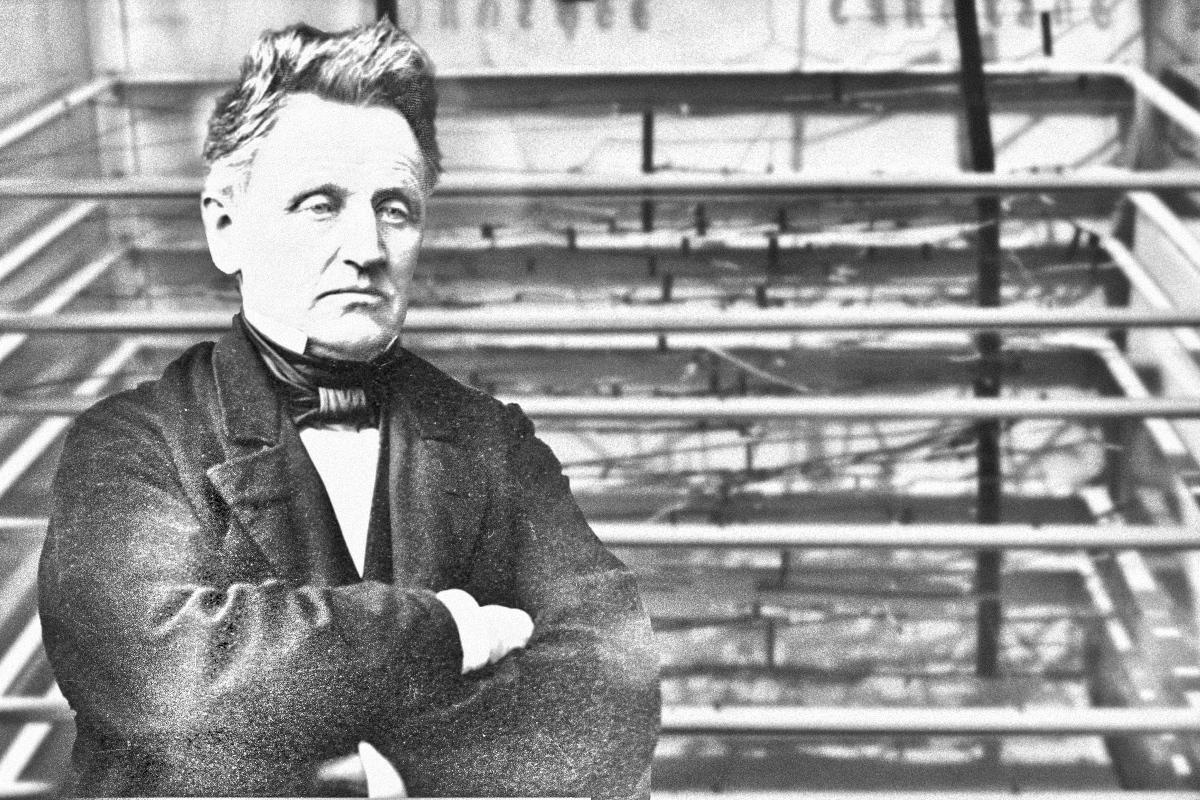 The digitalisation of the mining models is progressing and is now almost complete for the Dorothea/Caroline mine model. However, this model is specific not only  with regard to its filigree representation of the tunnels and shafts using metal wires, but also a pioneer for the manufacturing of three-dimensional mining models.

The urgent desire of many mine surveyors to get a spatial overview of the respective situation in the mountain inspired the Clausthal mine surveyor Eduard Borchers in 1849 to publish his ideas on how to create a three-dimensional representation of the pits in the journal “Der Bergwerksfreund”:

“One chooses as many flat, pure plates of white glass as there are sections of the pit to be depicted, covers one side of them with good paper, but in such a way that it sticks to the entire surface of the glass, sketches the outline of the individual sections in the usual manner on each of these paper surfaces, and removes the superfluous paper after cutting through the boundaries of the mine plans, from each plate by a suitable procedure and places the now mostly transparent plates, which therefore now only contain the ground plan of the individual sections (each of them is then colored with a special color), in a suitable simple frame with a white base, preferably metal, so that . … the individual ground plans appear to be properly oriented towards each other.”

Shafts and other connections would then have to be inserted with appropriate wires and each attached to a glass plate to ensure that the plate could be removed. Trying to realize his first ideas for the creation of the 3D pit model, however, Eduard Borchers recognized some problems with the implementation, which he described in a second article. Since the large number of glass plates required would have made the model opaque in the end and the glass would also have caused unwelcome reflections, Borchers decided to replace the glass plates, which had been reduced to the twelve main sections, with metal frames with nets into which the fine metal sections were then to be inserted.

“In this way, one obtains a representation which no longer contains glass, i.e. one which is completely transparent, not fragile and expensive, easy to transport and able to give a true-to-life image of the pit because the brass sections can be bent to produce unevenly sloping floors in the most varied shapes.”

“This hitherto fabulous tool has in fact been invented by Mr. Borchers, the mine surveyor, in a certain way, and has granted the same that can be expected in the range of possibilities, in such a surprising way that it surpasses everything that can be achieved by any sketched distortion.” (Transcript by Bergrat Johann Christian Zimmermann on the article by Eduard Borcher)