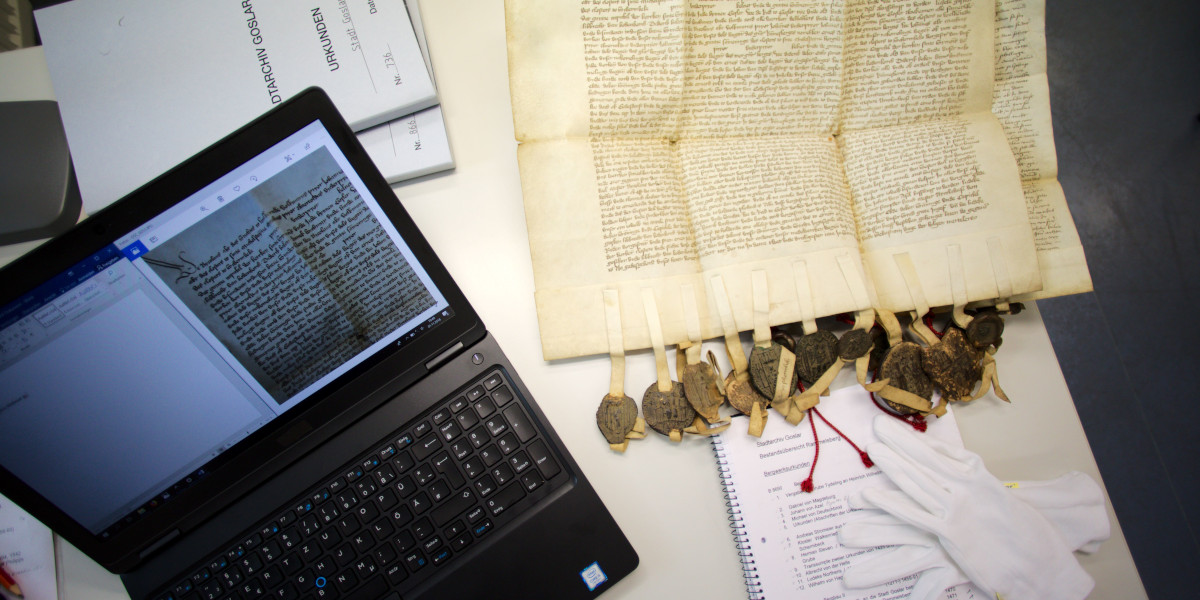 Historical research essentially includes the detailed examination and indexing of archival  documents, their substantive analysis by the means of historical-critical source studies, and the professional digitization of relevant sources. The main focus of interest is on documents, correspondence and files from the Late Middle Ages and Early Modern Period, which are kept in the Goslar Municipal Archives.

The legal situation and in particular the  changes in ownership are reflected in the documents held there. Disputes between shareholders are resolved in detailed correspondence and economic conclusions can be drawn from mine surveys or fee registers. Taken together, this gives a first impression of the changes that the Rammelsberg has undergone in the course of these earliest documented centuries.

These written testimonies are supplemented by mine inspection reports which have been passed down since the 17th century. The records are detailed status reports of the mines, tunnels and shafts, which were compiled within the framework of official mining inspections.

As in the case of the mine  maps, which have been passed down since the same period, both the medieval mines and the structural modifications and extensions made over time were recorded here. The analysis of these  inspection reports and especially the study of the  mine maps and  vertical sections helps to evaluate the structures recorded within the framework of digitisation. In particular, these sources can make a valuable contribution to the clarification of the appellations of the same  mine openings, which have changed over the centuries and which repeatedly cause uncertainties.