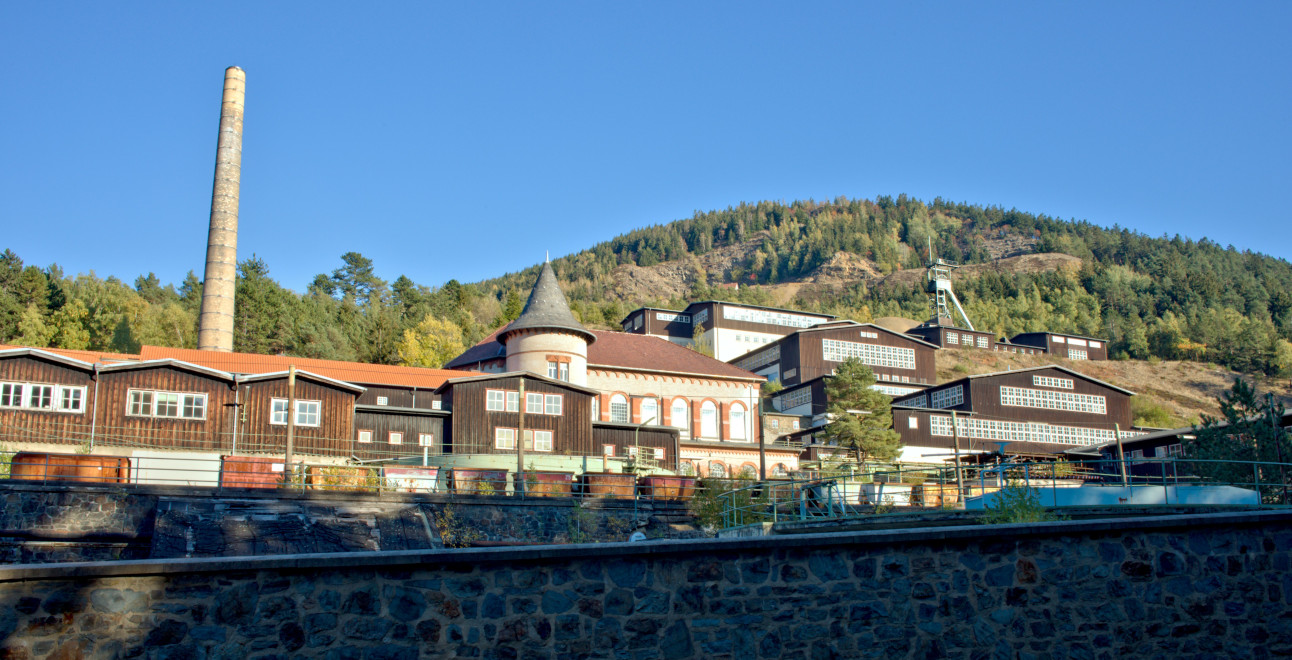 Pits of the Rammelsberg

The pits of the former Rammelsberg ore mine near Goslar represent a system that has grown over centuries and has not yet been  completely r studied. They were selected for digitalisation based on two research aspects: their spatial location above and below ground and their thematic focus on ore mining, transport and, in particular, dewatering.

The three complex mine cavities are the Altes System, the Feuergezäher Gewölbe and its important surroundings, as well as the Alter Abbau above the Old Deposit West. They differ in their location, dating and function, but offer a general overview of different aspects of mining. They also refer to activities and artefacts above ground, such as the excavation Altes Lager, which is in the focus of mining archaeology.

The Altes System (13th-19th centuries) represents a complex area for the dewatering of the Rammelsberg. It  consists of three wheel chambers, two shafts and various peripheral sections for water bearing and power transmission. The old system was temporarily spatially and functionally connected to a more recent dewatering system, the Roeder Stollen a gallery from the 19th century, which in turn is connected to the much older Rathstiefster Stollen, a gallery from the 12th century. The analysis of the system made possible by the digital representation will show whereon especially the archaeological examination has to focus.

The Feuergezäher Gewölbe (13th-18th centuries) is probably the oldest wheel chamber of the Rammelsberg and the oldest preserved bricked minevault in Europe. For it to be exposed, the driving water had to be led to the wheel at the height of the ridges. On the two gable ends of the roof there are openings, of which one is to be supposed to as driving water channels, but the exact course of which is not known. The recording of this leats and the other openings as well as the surroundings could provide indications of the connection to the excavated findings on the water supply above ground, their course and, thereby their time of origin.

In the immediate vicinity of the  Feuergezäher Gewölbe, the Rathstiefste  Stollen, which was advanced in the 12th century, discharges mine water to the surface. A  cross-cut leads from this gallery to an old mining cavity above the Old Deposit West, which was preserved from pre-industrial times and partly filled with barren material.  Here starts exploratory drifts in the direction of the nearby Herzberg, a geologically different ore deposit west of the Rammelsberg, which had repeatedly been exploited  for centuries. A digital representation of this area allowes the research to  shed light on the Rammelsberg mining technology of the early modern period in general (extraction and driving, mine protection, transport) and about the development of this part of the Rammelsberg mine openings in particular.