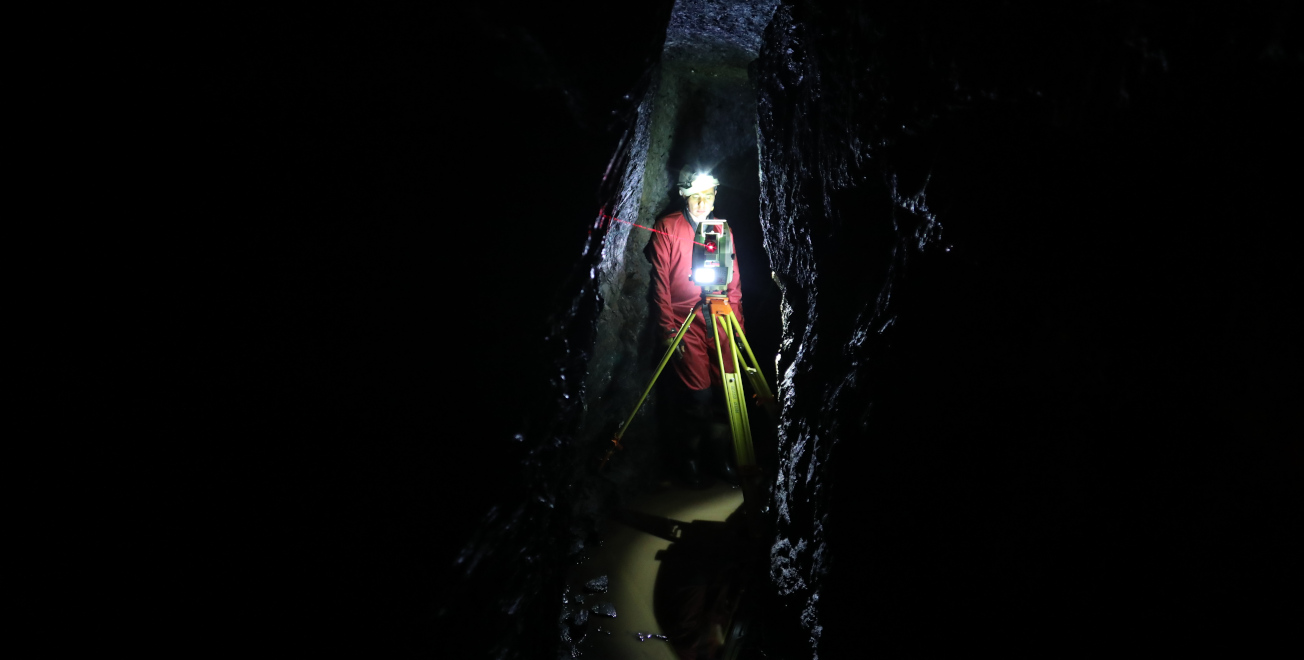 The cavity structures that are relevant for the project are recorded and evaluated in three-dimensional high-resolution. Due to the special requirements (partly difficult and narrow accesses, winding areas, monument protection, climatic conditions underground, no GPS reception for position determination) the Structure-from-Motion photogrammetry is particularly suitable for the digitalization of the mine workings. Due to the large number of photographs taken from different directions, for which the camera does not have to be mounted on a tripod, it is much easier to additionally capture areas otherwise obscured by shadows than, for example, with laser scanning. A later addition of further image material is relatively easy. The resulting orientated image group enables a spatial allocation of all photos taken. The result is a high-quality geometry and texture model. The photogrammetric evaluation is carried out in combination with tachymetrically measured target marks. The measurement with a classical mark separation method provides as an independent method firstly comparative values for the validation of the results and secondly a connection to a superordinate coordinate system.

Furthermore, a selection of the unique historical mining models in the collection of the World Heritage museums will be digitized in high resolution. Due to the filigree construction, this requires a different methodology than in the real mine workings. Thus, for example, the landscape in the models is modeled by wires bent to scale that correspond to the contour lines, while the functional models represent miniature replicas of complex, mobile mining machines.

The digital representations are placed in context with the research results of archaeology and historical research. In addition, the digital terrain model (DTM) obtained from the airborne laser scanning data or existing 3D models of individual underground mines in the western Harz will be included for further analysis.